Daniel Kinahan: Alleged head of ‘murderous organization’ with links to boxing targeted by US government

by Muchemi Mwonjoria
in Entertainment, News
0 0
0

The US Department of State is offering rewards of up to $5 million for information leading to each of the arrests of three Irish “transnational organized criminals,” notably Daniel Kinahan, who has wielded significant influence in the boxing world in recent years.According to a US Department of State announcement on Tuesday, the Kinahan Transnational Criminal Organization has engaged in narcotics trafficking, money laundering, firearms trafficking and murder.Kinahan’s links to boxing come through his former ties to the agency MTK Global, an organization whose most prestigious client is heavyweight champion Tyson Fury, who is due to fight Dillian Whyte in a world title bout on April 23 in London.

Mr. Kinahan’s lawyer told the BBC that Kinahan has no criminal record or convictions and the allegations about him being a crime boss are false and have no evidential basis.The lawyer said: “In so far as our client’s record in boxing is concerned, he is proud of his record in boxing to date.”Legendary boxing promoter Bob Arum, CEO and founder of Las Vegas-based Top Rank, Inc., is promoting Fury’s fight with Whyte together with Frank Warren’s Queensberry Promotions.

According to the Mail Online, Arum said that Fury has been told by Warren that their future dealings will not include Kinahan.”I’m a US citizen and the Treasury department does not take these steps lightly,” Arum told the Mail. “We will respect them (sanctions preventing Kinahan doing business in the US).”We are not going to deal with Kinahan and his people. We will deal directly (with Fury) or his lawyer Robert Davis.”The US Department of State’s $5 million reward followed the US Department of the Treasury’s Office of Foreign Assets Control (OFAC) announcement on Monday that it has imposed sanctions on Kinahan, describing the Irishman as one of the leaders of the Kinahan Organized Crime Group (KOCG).The OFAC described the KOCG as “a murderous organization involved in the international trafficking of drugs and firearms.”The investigation was a collaboration between the OFAC and multiple US agencies, Ireland’s national police force, the UK’s National Crime Agency, and the European Union Agency for Law Enforcement Cooperation, the OFAC release said.The OFAC said that “each member of the KOCG reports to Daniel Kinahan, who is believed to run the day-to-day operations of the organization.”According to the OFAC, Kinahan is based in Dubai. 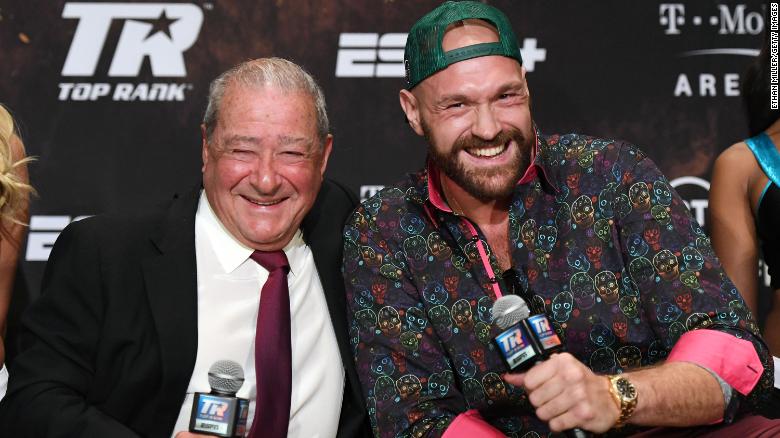 ‘Getting this deal over the line’

The OFAC’s sanctions also affect a number of Kinahan associates, notably Ian Dixon, who owns or controls “directly or indirectly, Hoopoe Sports LLC.”Hoopoe Sports is a UAE-based sports management and advisory company, according to the OFAC.Hoopoe Sports’ website says it has an “expertise in professional combat sports (Boxing & MMA) and an enviable record of success among its advised fighters.”Dixon did not respond to CNN’s request for comment via email.In 2020, Fury made a point of thanking Kinahan in an Instagram video for “getting this deal over the line” to potentially fight fellow British boxer Anthony Joshua in 2021. The two did not eventually fight.Subsequently, Ireland’s then Taoiseach (prime minister) Leo Varadkar told the Irish Parliament he was “taken aback” to see Fury using Kinahan’s name in his video “as if this was somebody who did not have quite a chequered history in this State and elsewhere.”The law firm representing Kinahan did not respond to CNN’s request for comment regarding the OFAC’s announcement. CNN has not been able to independently confirm the allegations made against Kinahan.In a statement given on Thursday, MTK Global said that it “will comply fully with the sanctions made by the US government against Daniel Kinahan … We will cooperate fully with all authorities and assist with any ongoing investigations.” 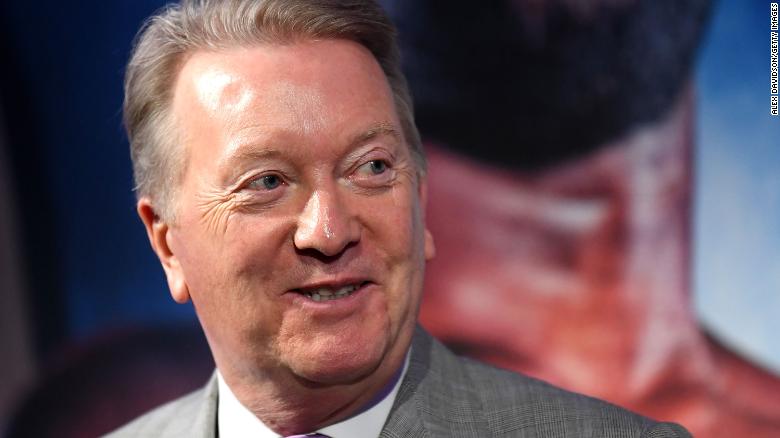 Frank Warren’s Queensberry Promotions is working with Bob Arum and Top Rank on Tyson Fury’s fight with Dillian Whyte in London on April 23.The current CEO and President of MTK Global, Bob Yalen, is quoted in the statement as saying: “MTK Global will take every measure to ensure the company, and those who deal with it are fully compliant with the US sanctions announced this week and take this matter extremely seriously.”In previous MTK statement given in 2020, then MTK Global CEO Sandra Vaughan said that Kinahan “hasn’t got anything to do with MTK Global.”In the same statement, Vaughan explained that fighters will often had independent advisors adding that the organization had been able to sign Fury because he was “recommended” to them by Kinahan.”It happens all the time and I hope it continues to happen,” Vaughan said. “As long as we fulfill what Daniel says about us being a great management company and keep doing the best for the fighters as much as we can, hopefully we’ll continue to get recommendations from Daniel.”

‘A threat to the entire licit economy’

The OFAC sanctions announced on Monday targeted seven individuals, including Kinahan.According to the OFAC, the KOCG emerged in the late 1990s and became the “most powerful organized crime group operating in Ireland.”The group has links to international money laundering and has been “involved in a gang war with another group in Ireland and Spain, resulting in numerous murders,” said the OFAC.According to the UK’s NCA, recent investigations have caused “major disruption” to the KOCG’s activities.The OFAC sanctions, which target Daniel and two other Kinahan family members as well as several associates, announced on Monday mean that “all property and interests in property of the designated individuals or entities that are in the United States or in the possession or control of U.S. persons must be blocked and reported to OFAC.”​In the announcement, the OFAC said that Daniel Kinahan “was designated for acting or purporting to act for or on behalf of, directly or indirectly, the KOCG.” 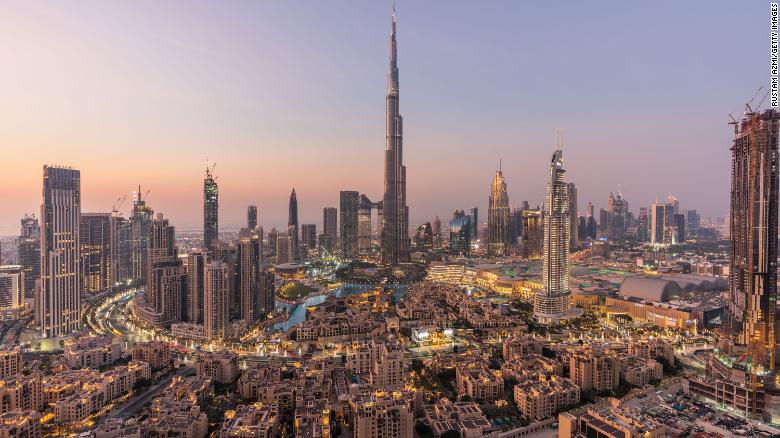 Kinahan is based in Dubai, according to the US Department of the Treasury’s Office of Foreign Assets Control.”Kinahan has instructed KOCG members to send money to a variety of individuals serving prison sentences, including a person convicted of attempted murder on behalf of the KOCG, and an individual imprisoned for murder on behalf of the KOCG,” alleged the OFAC statement.”Kinahan, who sources large quantities of cocaine from South America, plays an integral part in organizing the supply of drugs in Ireland, and is attempting to facilitate the importation of cocaine into the United Kingdom. Daniel Kinahan is known to have used false identity documents,” added the OFAC statement.”The Kinahan Organized Crime Group smuggles deadly narcotics, including cocaine, to Europe, and is a threat to the entire licit economy through its role in international money laundering,” said Brian E. Nelson, Under Secretary for Terrorism and Financial Intelligence.

“Criminal groups like the KOCG prey on the most vulnerable in society and bring drug-related crime and violence, including murder, to the countries in which they operate.”Kinahan has never been charged with any of the crimes the OAFC alleges he has committed.

Her train broke down. Her phone died. And then she met her future husband